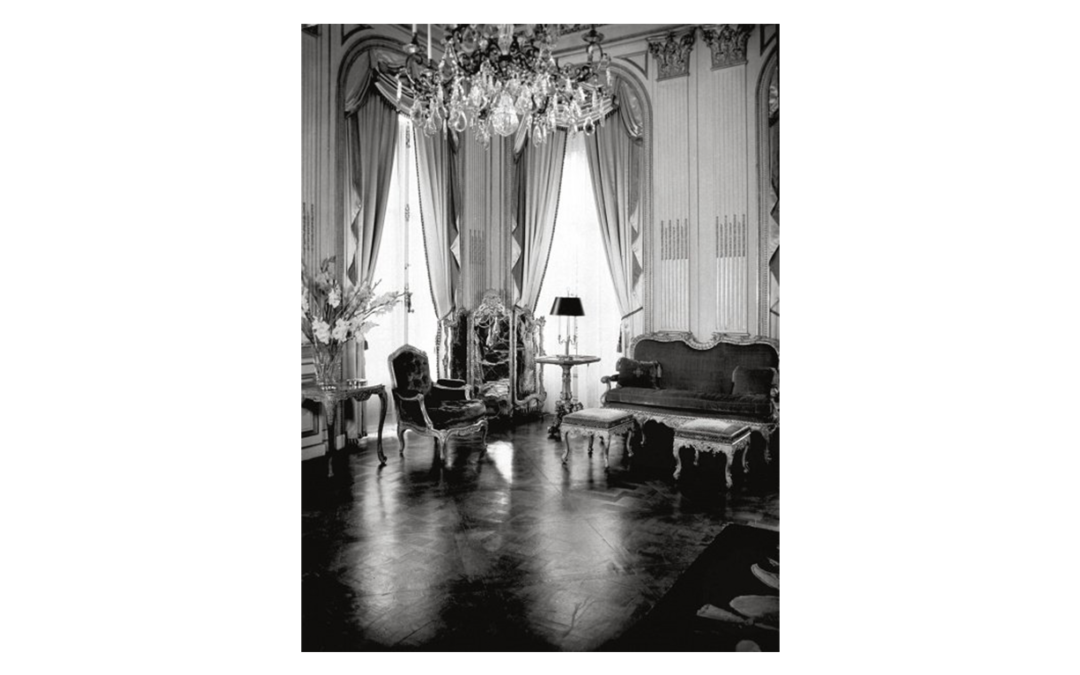 Stéphane Boudin is believed to be one of the most influential interior designers of all time. Throughout his 40 year design career, Boudin has  designed rooms all over the world for some of the most prominent members of society. Boudin’s designs were ultra luxurious, gaining him the crown of the ‘Master of French Style.’

Boudin gained his introduction to the design world through his father, who owned a business working with trimmings and tassels. It was through his father’s business that he met Jean-Henri Jansen. Jansen was the founder of interior design firm, Maison Jansen. Talking over a business meeting concerning tassels and trimmings would eventually lead to Boudin’s successful career in interior design. After only a few years working for Jansen, Boudin became the president of Maison Jansen, the first internationally recognized design firm.

Boudin’s career lasted from about the 1920’s to the 1960’s – a time when many designers were focused on modernizing design, doing away with embellishments and grandeur, focusing more so on form and function. Although Boudin was interested in keeping his designs fresh and up to date with the times, he was increasingly interested in the traditional design elements of the past. He was a genius in period styles and became widely known for incorporating history into his designs.

It was his attention to detail and historical accuracy that made his rooms so unforgettable. People adored the drama and impressive impact of his design. It was this experience that attracted clients of the utmost prestige. He designed for the Duke and Duchess of Windsor,  Elsie de Wolfe, Henry Channon, and the royal families of Yugoslavia, Belgium and Iran, just to name a few. After designing a party pavilion for interior decorator Elsie de Wolfe, she donned him “the decorators decorator,” a title fit for only his level of skill.

In the late 1960’s, Boudin would take on one of his most famous projects. Commissioned by Jackie Kennedy, he was tasked with renovating and redesigning several rooms in the White House. Jackie Kennedy wanted the redesign to include historical and international inspiration. Being that Boudin was the ‘master of French design’ and period style, he gave great thought as to how French tastes have impacted the White House throughout American history. He also took a lot of inspiration from the American Empire Style, mixing and matching the two.

He worked with American antiques expert, Henry Francis du Pont of the Winterthur Museum as well as interior designer, Sister Parish. During the renovation, he impressed the first lady so much on the now famous design of the Red and Blue Rooms, that she granted him full creative direction for the Green Room, Cabinet Room and the Oval Office.