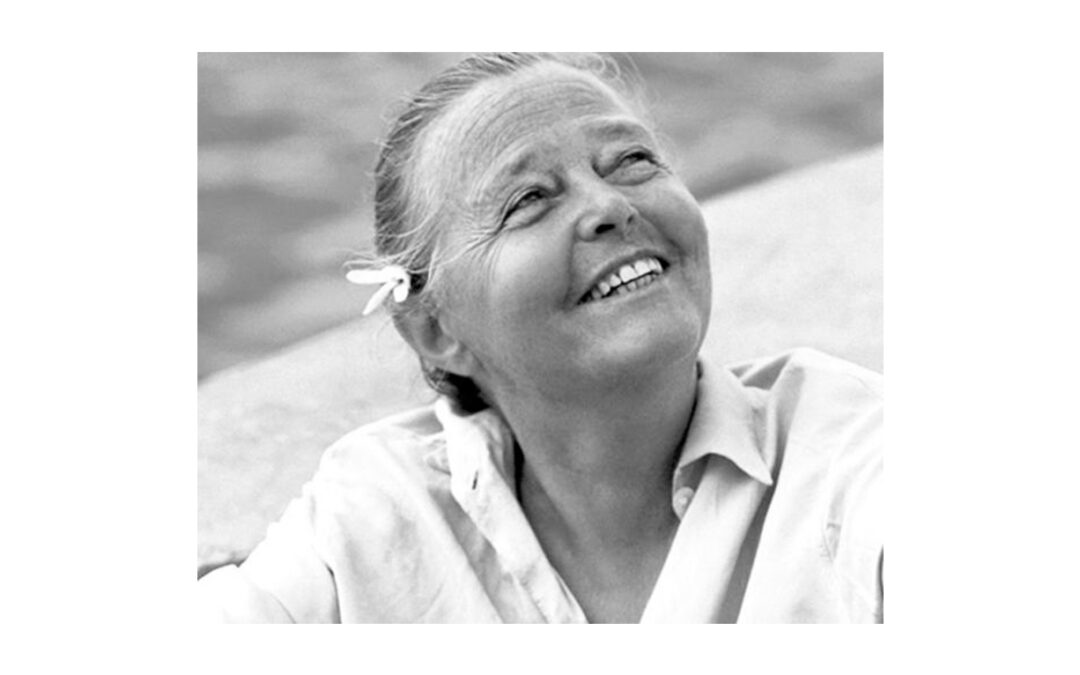 With a French modern wall-shelf fetching just over $80,000 at a prominent Upper East Side gallery, we take a look into celebrated designer Charlotte Perriand.

Perriend, of French descent, worked closely with Le Corbusier and Pierre Jeanerette. The three would develop some of the most exquisite modern furniture designs we still swoon over today. Prior to meeting these two men, Perriand attended the École de l’Union Centrale des Arts Décoratifs from 1920 to 1925 and honed in on her artistic skills under the direction of Henri Rapin, a talented interior designer. Her mother had urged her to attend the school after showing exceptional promise with the arts as a young girl.

Perriand was breaking into her career as a designer just as women were gaining more rights and opportunities than ever before. Nonetheless, there remained barriers Perriand would have to overcome. For example, women were permitted to learn the arts and attend certain schools, but they were not permitted to learn industrial design or furniture making. This did not sit well with Perriand, who was bored with the traditional arts and had a passion for furniture design and crafting with industrial materials.

After graduating school, her mentor, Rapin, encouraged her with the following; “ (she) had to show to get known,” which is exactly what Perriand would do. Showing her talents would eventually lead to her collaborating with great designers like Le Corbusier and Pierre Jeannerette. She was quickly fascinated with Corbusier’s work. Perriand submitted her work to a number of exhibitions and brazenly showed up to Le Corbusier’s doorstep asking him for a job.

Corbusier’s first response was rather stereotypical. He told her that “We don’t embroider cushions here” and sent her on her way. So Perriand went on her way, but not without inviting Le Corbusier to her next exhibit, The Salon d’Automne showcasing her “Bar sous le toit”  (“Bar in the Attic”) installation. Le Corbusier was reluctant to attend without some much-needed persuasion from his cousin, Pierre Jeannerette.

The installation was fantastic. She furnished the entire place with a built-in bar, using materials such as shiny-chrome stools; steel, zinc, and glass tables and countertops. The exhibit had a completely avant-garde feel. When Le Corbusier saw the exhibit, he quickly contacted Perriand offering her the job he previously denied her. Later in an interview with The Architectural Review, Perriand said the following: “I think the reason Le Corbusier took me on was because he thought I could carry through ideas; I was familiar with current technology, I knew how to use it and, what is more, I had ideas about the uses it could be put to…”

Perriand worked with Le Corbusier and Jeanerette for over a decade, learning all she could and helping to develop some famous pieces of furniture, like the LC4 Chaise Lounge Chair which was referred to as a “Machine for Sitting”. In 1937 she stepped out on her own, still working with Le Corbusier from time to time and a number of other famous designers.

Like many designers at the time the second world war had major influence on her and her career as a designer. In 1940 she was invited by the Japanese ministry to help industrialize Japanese art production for the West. Working with many local materials including bamboo, woven straw, fabric, lacquer, and pine, she would hold a modernist approach. Eventually she would develop a more feminine, organic look combining traditional and modern design elements. Pictured below is her reinterpretation of the Chaise Lounge Chair. Designed with Le Corbusier, metal chrome tubing was substituted for natural tubing of bamboo.

Truly an exquisite piece, which continues to evolve and be reinterpreted by other designers as well. Below is one of Greenwich Living’s latest arrivals, a Modern Chaise Lounge chair in black and camel sheepskin, designed by Bradley Hughes. The materials have changed but it remains a “Machine for Sitting”. 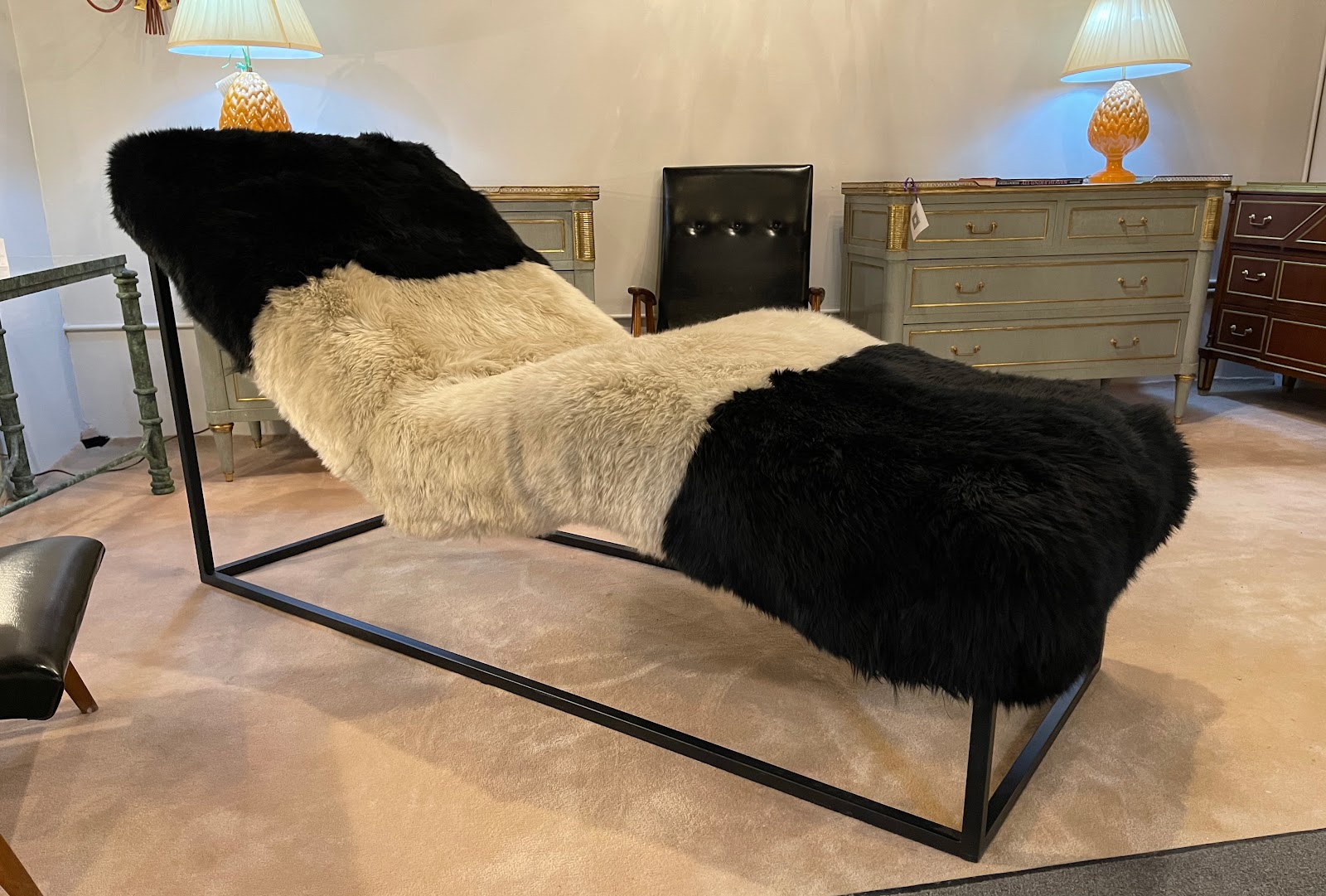 In 1981, while reflecting on her work, Perriand stated that “The extension of the art of dwelling is the art of living — living in harmony with man’s deepest drives and with his adopted or fabricated environment,” It will be interesting to see how great designs of the past will continue to evolve given current events we are all facing; follow us on Facebook, Instagram and Pinterest to stay up to date on all the design trends of today, yesterday and tomorrow.